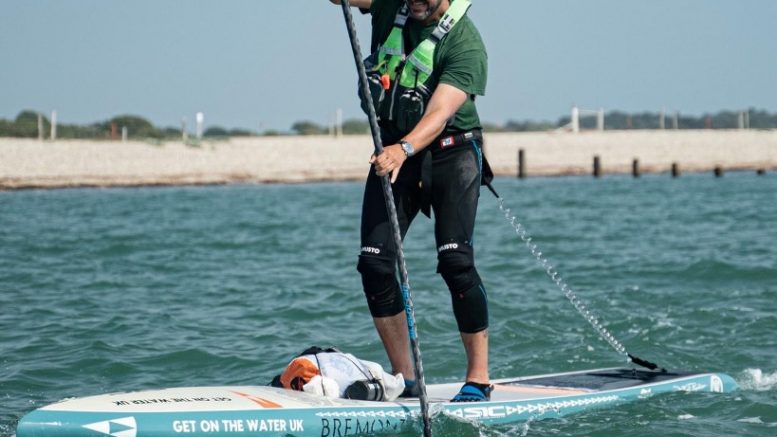 On Sunday 26th July 2020, Jordan Wylie (36) from Blackpool, Lancashire left the Essex shores in an attempt to be the first person in the world to Stand-Up Paddleboard (SUP) around Great Britain, a complete circumnavigation of over 2,000 miles of paddling. 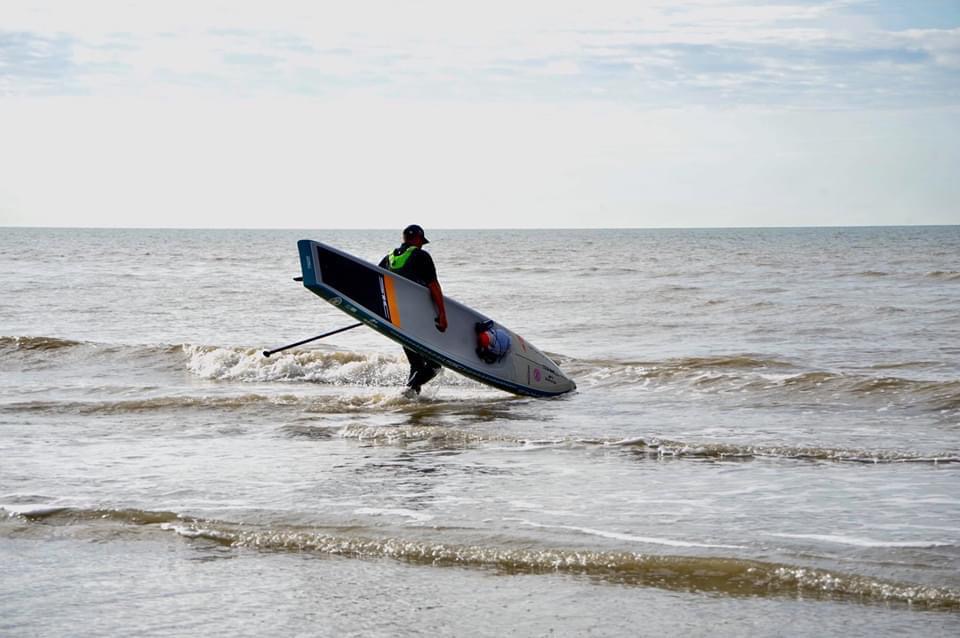 This is a feat that has been attempted previously in recent years, but to date no person has been successful in achieving this highly ambitious endeavour, due to the extreme physical and psychological barriers, combined with the relentless and unpredictable British weather system all year round.

Jordan, who is no stranger to risk or danger, served in the British Army for 10 years, and ran through the 3 most dangerous countries in the world in 2018, which was also the subject of his latest book; Running For My Life. Last year he completed another world first when he rowed across the perilous Bab El Mandeb Straits, the gateway to the pirate infested Gulf of Aden, coined the most dangerous stretch of water on the planet. 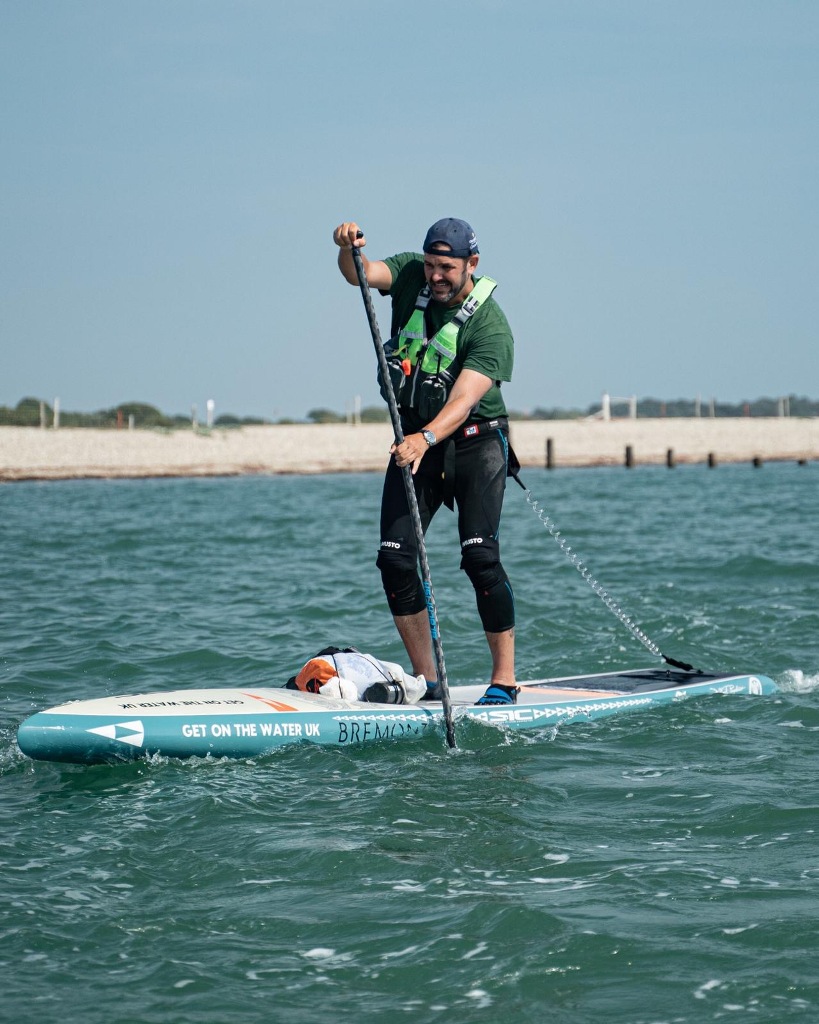 This year he was scheduled to run marathons in the 10 coldest places on earth but having completed Siberia, Yukon, Alaska and Iceland, his plans came to a grinding hold on his way to the North Pole when the world went into lockdown as a result of the coronavirus pandemic.

Jordan will return to his polar running challenge in December by heading to Antarctica, however in the meantime he has come up with a new challenge in his mission to inspire young people around the world using the spirit of adventure in his role as the UK’s national ambassador for Army Cadets with The Great British Paddle.

Jordan, who is also one of the stars of Channel 4’s BAFTA nominated and award winning shows Hunted and Celebrity Hunted, is on a mission to inspire young people by building a school for refugees on the Horn of Africa that have been displaced by the conflicts in Yemen and Somalia. He hopes The Great British Paddle can contribute towards the £100,000+ he has already raised in the last 12 months to finish the school build which is now well underway. 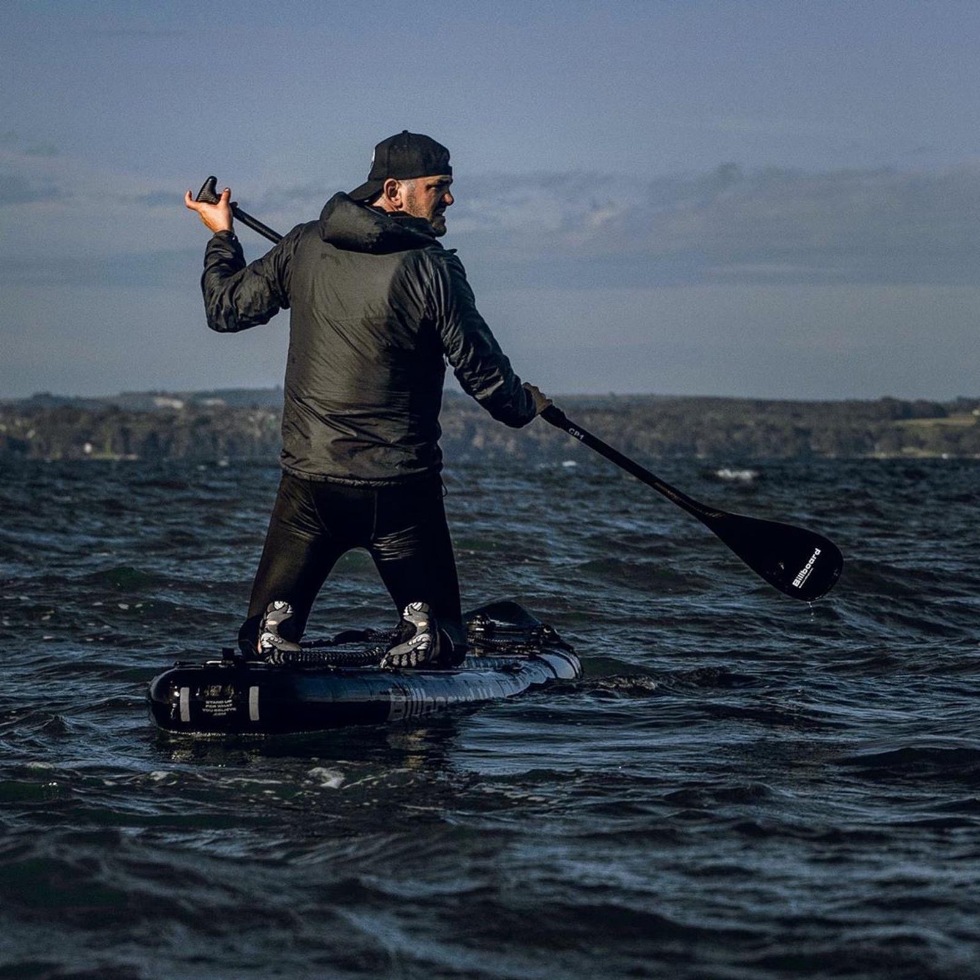 The Great British Paddle will be supported by an experienced team of world class professionals including world record breaking sailor Alex Alley who will skipper the support boat and act as the overall project manager. Adventure psychologist and polar explorer Paula Reid will head up the onshore team and former military adventurer turned film maker James May will be documenting the official Guinness World Record attempt for the world to share in, as well as local Andover based business Mye Prints and Bear Behind who will be managing a website, social media and press enquiries.

This incredible British expedition has been kindly sponsored by Angel Call Handling, a local Andover based business which is where Jordan resides these days. The company, which is owned by Sarah and Angela, provide professional business support services and have a reputation for excellence across Hampshire. Jordan stated “to work with Angela and Sarah is a real honour, these lovely ladies and their business have so much passion, positive energy and drive and these are all traits I will need to be successful in The Great British Paddle.” 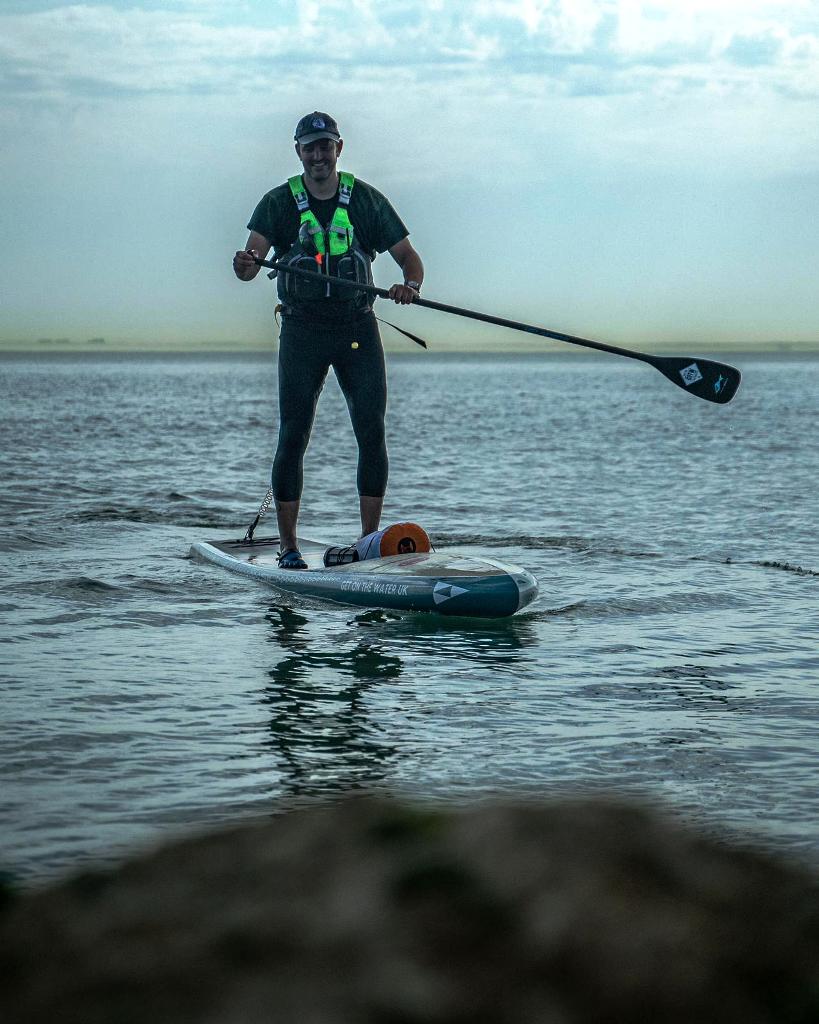 As well as Angel Call Handling, Jordan’s full time exclusive sponsors, Eton Harris and Chartercross Capital Management based in the UAE will be supporting the project after the COVID-19 pandemic delayed all the plans to head to colder climates throughout 2020. Jordan said “I am super grateful to the team at Eton Harris and Chartercross. They have been like a family to me and the fact I get to work with them every day is a real privilege. They are the reason I am able to visit so many schools, cadet units and youth organisations and share my experiences to help others. I will fly their flag proudly as always.”

There are many other companies and organisations that will be supporting the expedition through kit and equipment suppliers and even a support boat sponsor too. This is a challenge like no other and Jordan will be giving it his best shot as always.