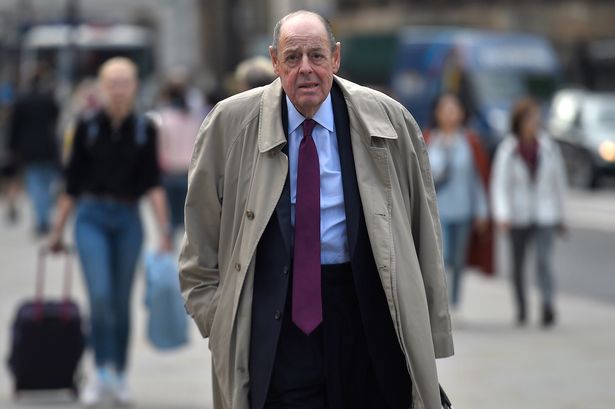 Sir Nicholas Soames, an MP for 36 years and Winston Churchill’s grandson, has told Cornwall to “f*** off”.

The Conservative Party member, who stood as MP for Mid Sussex from 1997 to 2019, made his extraordinary outburst in an interview with Italian newspaper La Repubblica, in which he also said: “This is the worst cabinet in my 36 years. And Boris will never be Churchill.”

The 72-year-old former Minister of State for the Armed Forces had a pop at Cornwall when asked about Brexit.

He said: “I have a sort of astonishment at Cornwall, which voted quite unanimously to leave the European Union, and now has demanded those 700 million pounds given by the EU from the government … F*** Off!, is my view.”

Last month Cornwall Council called on the the Government to provide £700m to the Duchy over the next decade which would fill the gap left by the end of EU funding.

The former MP also made short shrift of the interviewer’s suggestion that Prime Minister Boris Johnson is “a kind of new Churchill”.

Sir Nicholas said: “No, he’s not the new Churchill, nobody is a new Churchill. I like very much Boris’ biography of my grandfather, it’s a very good book and I like it because he introduced a lot of younger people to my grandfather.

He added: “However, I want him to succeed because he’s the Prime Minister at a very, very difficult time. But he’s no Churchill, no one is Churchill, Churchill was an Edwardian creation.

“He served in the British army in the reign of Queen Victoria. He grew up in an imperial empire. And the reason that all these, you know, the Black Lives Matter campaign, all that stuff, wanting to pull my grandfather’s statue down … is because they take from his lifetime some of the things that he said, which were entirely normal in those days.

“People look at it now as being entirely abnormal and very offensive. Well, that’s true. But learn history. You can’t deny your history. But overall, look what Churchill did.”

Sir Nicholas had the whip removed by the Prime Minister last year.

“Look, I don’t blame the Prime Minister at all,” he said. “He was faced with 21 members of his party refusing to back the central plank of government policy. I personally wouldn’t have removed the whip, but I absolutely understand why he did it.

“I deeply regretted it but I’m very grateful to him for restoring the whip to me before I left, before the election. I’m glad because I’ve been a member of parliament for 36 years and I don’t want to leave the party. I wouldn’t say I love the Tory Party, I don’t love it at all, but this is the party I’ve served and whose policies I’ve loyally followed for 36 years. It was a real moment of principle for me.”

Cornish teen wins a place in the Miss England final

Cornwall’s real-life Monopoly board according to towns’ house prices