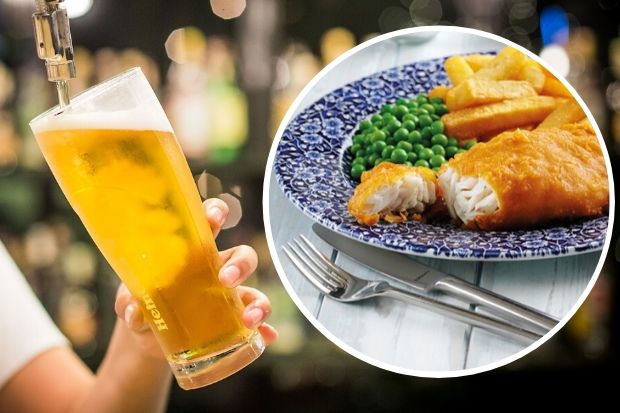 A pint of Doom Bar will be just £1.79 as pub chain Wetherspoon slashes the prices of its drinks and meals following a cut in VAT on the hospitality sector by the UK government.

The cuts were announced last week by the Chancellor Rishi Sunak in an attempt to ease economic pressures on the hospitality sector caused by the coronavirus pandemic and lockdown.

VAT for the hospitality sector was cut from 20 per cent to five per cent, and Wetherspoon has said that it will pass the savings directly on to customers.

Menus featuring a grinning Chancellor alongside messages labelled Sunak’s specials and Dishi Rishi boast cut-price deals on food and drink with a pint of beer costing as little as £1.29.

When will the deals start?

The deals will come into force from Wednesday, July 15, with real ale, coffee, soft drinks, breakfasts and other food among the discounted items.

The VAT cut doesn’t apply to alcohol, but Wetherspoon has said it will cut the price of ales in reaction to savings made elsewhere.

Prices for real ale will be up to £1 higher at the company’s other 103 pubs across the UK which are located in major town and city centres, airports and stations.

However, these pubs will have price reductions of at least 10 pence per drink and 20 pence per meal.

What have Wetherspoons said?

Wetherspoon chairman Tim Martin called on the move to be made permanently.

He said: “Wetherspoon has campaigned for tax equality between pubs, restaurants and supermarkets for many years. Supermarkets pay no VAT on food sales and pubs pay 20 per cent.

“Supermarkets pay about two pence per pint of business rates and pubs pay about 20 pence.

“These tax differences have helped supermarkets to subsidise their selling prices of beer, wine and spirits, enabling them to capture about half of pubs’ beer sales, for example, in the past 40 years.

Wetherspoons has been widely criticised during the coronavirus pandemic, particularly for Tim Martin’s actions regarding furloughing staff. An app launched in recent weeks advises pubgoers to avoid the high street chain.

App developer, Shane Jones, said: “The whole premise is, Wetherspoons is a massive chain and they don’t need as much help.”