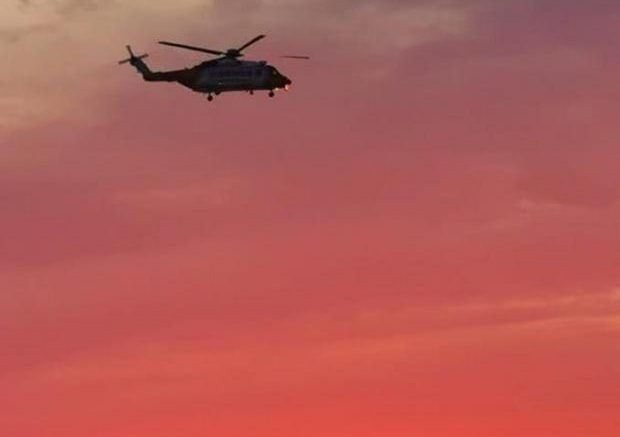 It was a weekend of rescues for lifeboat volunteers across Cornwall as incidents in the water kept them busy.

During Sunday alone the Penlee, Lizard, St Agnes and St Ives lifeboat were called out to shouts involving paddle boarders, people swept out in rip currents and an inflatable feared to have blown out to sea.

One of the most serious incidents involved St Agnes RNLI being called out just after 8.30pm to three people in difficulty in the sea at Perran Sands, Perranporth.

A solo bodyboarder had been taken out in a rip current and with the casualty 100 metres from shore two young men had entered the water to try and save him, but then got into difficulty themselves.

A lifeboat spokesperson said: “When the D-Class boat arrived all three casualties were in grave danger.

“Volunteer crew members Paul Fisher, at the helm, Richard Draisey and Lloyd Stein were able to get the three aboard and undertake immediate casualty care.

“After an assessment by Lloyd Stein it was determined that the casualties were shaken but apparently unharmed.”

The boat returned to shore and the casualties were transferred to a waiting ambulance.

Helm Paul Fisher said: “This is an excellent example of when to call the coastguard. The three men did the right thing by hanging onto the boogie board and staying calm.

“With fading light and their location in the surf being pushed up by the sandbanks, we are confident that this particular call meant three lives were saved.”

The lifeboat had been called as back up for St Agnes Coastguard Search and Rescue Team, which received the initial call.

The team were called to the ‘zig zag steps’ at Perran Sands Holiday Park, with the coastguard helicopter also scrambled.

The Lizard lifeboat had the last call of the day, at 9.55pm, to help an 18 foot inflatable rib that had lost all engine power and was drifting precariously in the area of Polbream Cove, at Lizard Point.

Two white flares were set off by the lifeboat crew to help locate the position of the rib and the one person onboard, before the rib was towed into Polbream Cove and its occupant helped by two local fisherman who were waiting to transfer the vessel from the water and onto its trailer.

Just hours earlier, at 6pm, the crew was called for the second time in 24 hours to reports of two people onboard an inflatable dinghy possibly being in difficulty between the lifeboat station and Cadgwith Cove.

However, a spokesperson said: “Upon arrival on scene it was clear that the two people did not require our assistance.

“RNLB Rose proceeded to escort the dingy and its occupants safely in to Cadgwith Cove before returning to her station. A false alarm made with very good intent.”

Mullion Coastguard Rescue Team was also scrambled, who said: “False alarm but happy to attend to put eyes on someone who may have been in trouble.”

Penlee’s all-weather lifeboat was launched from Newlyn at 6.55pm, after Falmouth Coastguard Operations Centre received reports that two people were in the sea to the east of Penzance when their sailing vessel capsized – and they were in need of immediate assistance.

Thankfully a local boat that was close by had witnessed the incident and pulled the two casualties onboard just before the lifeboat arrived on scene.

An RNLI spokesperson said: “After a quick assessment by the volunteer crew it was established that the casualties were fine, just a little cold and shaken up.

“They were quickly taken to Penzance Harbour and handed over to our colleagues from the Penzance Coastguard Rescue Team.

“The casualties were wrapped in blankets and seated inside the coastguard vehicle to warm up.”

The lifeboat then recovered the submerged vessel and towed it to Penzance Harbour.

Read next: Owner joy as chance cave discovery leads to reunion with dog who fell overboard

The spokesperson added: “Many thanks to all those involved in the rescue, especially the local vessels who gave assistance and stood by – much appreciated.”

And in St Ives the lifeboat launched for a paddle boarder off the back of the Island.

George Deacon, senior helm, was joined by volunteer crew Paul Le Bas and Jake Martin, who found on arrival that the paddle boarder was in fact not in trouble.

After reassurance and a quick safety check the crew returned to the station.

It followed an equally busy Saturday for the crews.

Just before 3.15pm on Saturday Falmouth’s inshore lifeboat was called to help a 4.8 metre open boat with one person onboard, which had suffered engine failure while fishing in Falmouth Bay.

The boat was finally found two miles east of Manacle Buoy, with the inshore lifeboat arriving at 3.48pm.

The boat was towed back to Falmouth and up the Penryn River, where it was safely moored alongside Falmouth Marina at 5.14pm.

A spokesperson said: “The casualty had been fishing in Falmouth Bay when the engine had failed, so used a mobile phone to call the coastguard for assistance.

“Being unsure of its position made the task of locating the boat more difficult but it was eventually located over five miles south of Falmouth having been unable to anchor due to the depth of water and drifting further out to sea in the strong offshore winds.”

Later that evening, just after 9.30pm, the Lizard lifeboat was launched following a 999 call to the coastguard, about an orange object seen on rocks and above the waterline – as previously reported by the Packet.

There were also calls for Penlee’s all-weather lifeboat at 6.30pm, to help a 30-foot yacht with four people onboard, which was in difficulty three miles south east of Newlyn, and St Ives lifeboat to help a ketch – a two-masted sailing boat – with engine issues just to the west of Pendeen Lighthouse.

The RNLI was not the only emergency service experiencing a busy weekend.

Nationally HM Coastguard dealt with 340 incidents across the whole of the UK on Saturday – the highest amount of callouts in a single day for well over four years.

Coastguard rescue teams attended 221 incidents, while RNLI and independent lifeboats were called out on 155 occasions and aircraft to 30 incidents.

were also used to assist at the coast and sea. HM Coastguard responded to 186 999 calls yesterday and coordinated search and rescue responses to a wide-range of incidents, which included people being cut off by the tide and children swept out to sea on inflatables.

In total, the service rescued 146 people and assisted a further 371 people in incidents that included people being cut off by the tide and children swept out to sea in inflatables.

The record had already been broken once this year, only ten days earlier, with Saturday overtaking the previous 329 incidents of Friday, July 31.