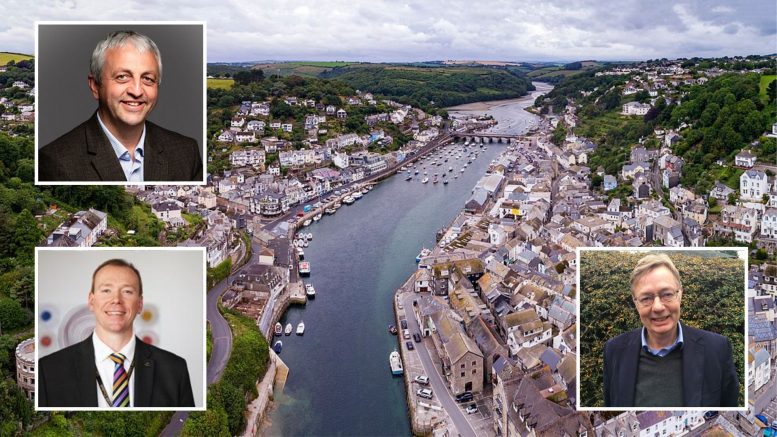 An MP for Devon has dismissed the idea of an independent Cornwall and suggested that the Duchy could in fact merge with the rest of the south west with one over-arching council.

However, Cornwall’s councillors have reacted with horror at the idea and vowed to campaign strongly against it.

Both the leader of Cornwall Council and the leader of Mebyon Kernow spoke out after one combined authority was suggested by Gary Streeter, MP for South West Devon.

Mr Streeter told the BBC: “For most of us we have been championing the concept of the Great South West – Cornwall, Devon, Somerset and Dorset together forming a coherent region.

“I think that is the way forward and I think the Government is halfway to agreeing with us, we will see what happens over the next couple of months.

“I don’t really think anyone envisages an independent Cornwall looking forward. We need to be slightly bigger in our grouping and more ambitious in our vision than that.”

The comments were made as the Government looks ahead to publishing a new devolution white paper.

This is expected to recommend that some areas of the country get rid of the two-tier local government system and replace it with unitary authorities – similar to what happened in Cornwall in 2009.

But the suggestion that there could be a new level of authority overseeing Cornwall together with other areas of the south west was criticised by councillors.

Cornwall Council is part of the Great South West project, which is looking to set the south west on a par with the Northern Powerhouse, but council leader Julian German said that he did not consider it a body to create a combined authority.

Cllr German, who attended the launch in the House of Commons in January, said: “Great South West has been a coming together of councils, LEPs (Local Enterprise Partnerships), businesses, colleges and universities to promote the area.

“We have got fantastic opportunities around the green economy, how we tackle climate change and how we use renewables to do that.

“We have talked about coming together where we have shared opportunities, shared challenges looking at the likes of tourism for the south west and we are happy to do that. Cornwall collaborates with areas like Cumbria and Oxfordshire and different areas with shared interests and we are happy to collaborate across the south west when it is in our mutual interests to do so.”

“We have the historic region of Cornwall and we will fight to protect that and we are going to be making that case as strongly as we can.

“I hope that the Conservative government isn’t pushed into a top-down regionalisation that ignores the unique culture, heritage and history of Cornwall.

“I am quite uncomfortable with talk of a combined authority. We need to be campaigning quite strongly against it.

“We have got to keep making the argument that Cornwall will be better if it has more powers itself.”

The Government is expected to put forward plans for more combined authorities similar to those which already exist in Greater Manchester, Liverpool and Sheffield.

However Cornwall Council, which secured its own devolution deal, is seeking to get more powers and funding devolved from Whitehall including a bid to secure funding which would have otherwise have been provided through the European Union.

Cornwall Council has submitted a document which suggests that £700 million should be paid to Cornwall over the next ten years to support projects which would have been funded through the EU.

It said in a statement: “There are no plans to establish a combined authority covering the Great South West area. However, a prospectus has been developed and submitted to Government for consideration with the aim of ensuring the South West benefits from the Government’s manifesto commitment to ‘level-up’ the UK economy as much as the North.”