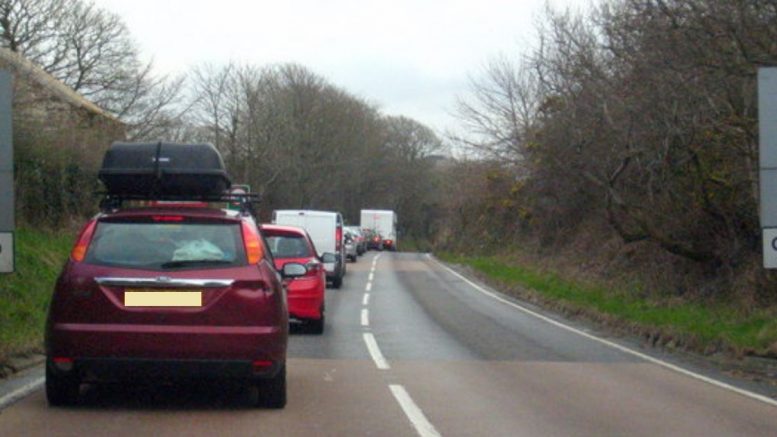 Flooding has blocked the A38 in both directions this afternoon after torrential downpours caused chaos across Devon and Cornwall.

At 3.30pm, roads and traffic monitoring service Inrix reported that traffic was queueing from near Liskeard back to the Tamar Bridge, due to flooding around the Lynher Bridge and Notter Bridge.

Inrix’s alert reads: “A38 Liskeard Road in both directions blocked long delays, queueing traffic for six miles due to flooding around the River Lynher bridge.

“Congestion to just after the Looe turn-off on the Eastbound side, and westbound is back to Tamar Bridge. The road is flooded at Notter Bridge. Sensors show a lot of queueing traffic for miles in either directions. Highways officers are on scene and are trying to clear the road.”

The heavy rain has caused 3ft floods in Torbay, caused extensive flooding in Plymouth and trains have been suspended and roads closed in Cornwall.

It comes after the Met Office issued a new weather warning for thunderstorms, which comes into force at 11am tomorrow morning.

Scroll down for the latest traffic and weather updates