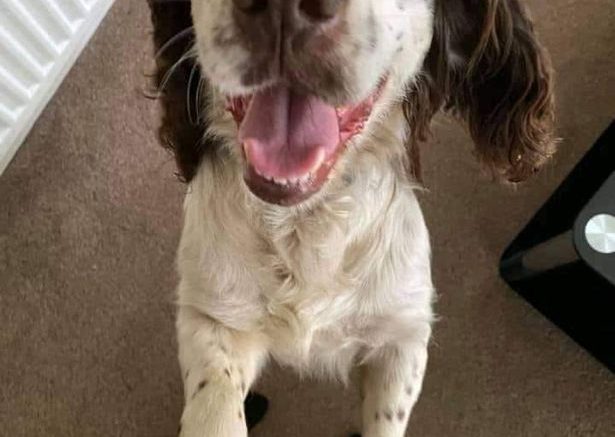 A dog has been reunited with its owner after being found wandering the streets of Wiltshire.

The spaniel, who we now know is named Brave, was found last Tuesday (August 18) wandering the streets in Swindon.

After he was captured and taken to safety it was announced that he could have come from Cornwall due to details on the microchip.

But this turned out not to be the case. His owners are said to be delighted that their dog is back home with them in Swindon, not far from where he was actually found.

A spokesperson for national charity Spaniel Aid UK,confirmed the happy news today after the dog had been separated from its family for six days.

They said: “The owner tried to claim him on the finders Facebook post but it all got out of hand as the chip was not up to date.

“He went to a local rescue who then sent him to a friend of one of our fosters’ who then asked us to help. We took him in, spoke to the dog warden who had not been notified and between us concluded that the man claiming to be the owner was in fact so.”

Brave, who is seven years old, had not lived in Cornwall for a long time and had been purchased by his current owners from Somerset so they were not aware of the Cornwall connection.

Now Spaniel Aid UK is urging people to keep their microchips up-to-date, saying that Brave could have been reunited within hours rather than the six days it took to ensure correct ownership.

“Keep them up to date,” they said. “Swindon dog warden states that 80% of the dogs she deals with have out of date chips. Even just changing your phone number can mean that if your dog goes missing, no one can find you. Get them scanned once a year to just to make sure it’s not moved.”

Residents worried new neighbours can look right into their bedrooms