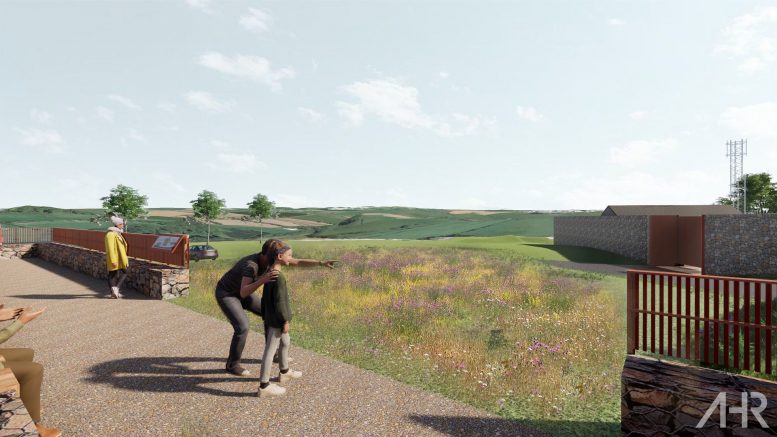 Pioneering plans have been revealed to create a different type of energy centre at a new village being built on the outskirts of Truro.

In what has been described as “an exciting first for the UK,” the Cornwall Council-led scheme is proposing to build its own renewable power energy centre at Langarth Garden Village, which should ultimately provide up to 3,500 homes, a new primary school and an extension to the Truro Park and Ride service.

It is estimated this would generate around 17,500 kilowatts of green energy a year at Langarth, providing low cost power for residents while at the same time as helping to achieve the council’s aim of making Cornwall carbon net zero within ten years.

The council said: “By ensuring a greater use of renewable energy created and used on site, and increasing  capacity to support the future use of electric vehicles, the new energy centre will play a key role in helping Langarth, and the Council, to move away from carbon dependency.”

To be located next to the park and ride, the centre will include a transformer compound to house the electricity substation, together with a bespoke battery storage area, which will provide storage for green energy produced on the site for residents. Both buildings will be surrounded by planted green walls.

Wild flowers will also be planted around the buildings, as well as a number of new trees and a new Cornish hedge.

Read next: Work begins on road to ultimately lead to new 3,500-home village near Truro

Tim Dwelly, Cornwall Council’s cabinet member for planning and economy, said: “We are looking to create something exemplary at Langarth.

“Planning for and delivering this infrastructure at the start of the project will make it easier to incorporate renewable energy into the new community as it grows.

“I hope these ideas will also be possible on other new housing sites across Cornwall, not just at Langarth”.

Heat pump technology and solar panels will be used to power and heat homes, offices and other buildings, with electric charging points provided in every house and higher levels of insulation.

The project team is also investigating the possibility of providing solar panels on car ports on the proposed park and ride extension, as well as on other buildings and offices across the site, and exploring the potential of district heating using geothermal energy as a renewable source of heat.

The council believes that together these measures will deliver low carbon homes with low running costs for residents, as well generate an income from the sale of surplus power back to the grid.

The development will include information boards and there will be a viewing platform looking north over the energy centre, and descriptive maps of the garden village.

The plans for the new energy centre are due to be formally submitted later in the year.