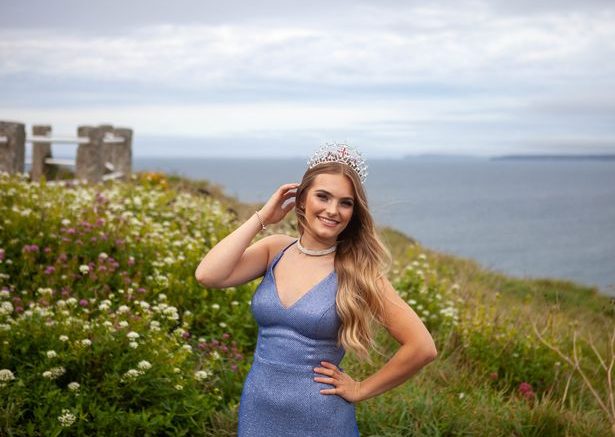 A teenager from St Austell will represent Cornwall in the final of Miss England after entering the contest virtually and winning the ‘make up free’ round.

Megan Blamey, 16, is a dancer and initially entered Miss England before the COVID-19 lockdown began in March.

As the contest had already begun with hundreds of entries across the country, raising funds for the ‘Miss World Beauty With a Purpose’ charity, organisers decided to go virtual and run the contest online.

Megan submitted her entry by video on the Miss England website, talking to the camera, performing a catwalk and showing off her dancing skills at home. She was then invited to take part in the semi final stage, which was held as a virtual livestream at the end of July.

After being a judges’ popular choice at the semi final Megan said: “I am so grateful for my journey so far as a Miss England contestant – the opportunities I’ve had and the things I’ve accomplished in such a short space of time is crazy.

“Taking part in the bare faced beauty round was something I was really looking forward too as I believe women should embrace their natural beauty.

“It was really inspiring to see the support the girls and I received when posting our bare face photos on social media and I hope we encouraged others to brave the bare face.

“I am truly honoured to be representing Cornwall at the grand final and can’t wait to see what the future holds. Thank you to every single person supporting me.”

Megan’s sponsor, John Mcavoy from JFM Roofing in Cornwall, added: “We are very proud of Megan reaching the final of Miss England, especially in these difficult times. We would love to see her bring the crown back to Cornwall.”

During the semi final, contestants were encouraged to submit a photo and post images of themselves make up free on social media to promote natural beauty, along with raising funds for the Beauty With a Purpose charity.

Megan was voted as the ‘Bare Faced Top Model’ from her images by a top London model scout for Fascia Models and was also a judges’ popular choice.

Miss England director Angie Beasley explained: “With so many unrealistic images on social media I decided to bring this optional round in to Miss England last year, and the contestants seem keen to get involved.”

So far, 20 virtual finalists from regions across the country have selected for the 2020 Miss England final, the date of which will be announced on September 15