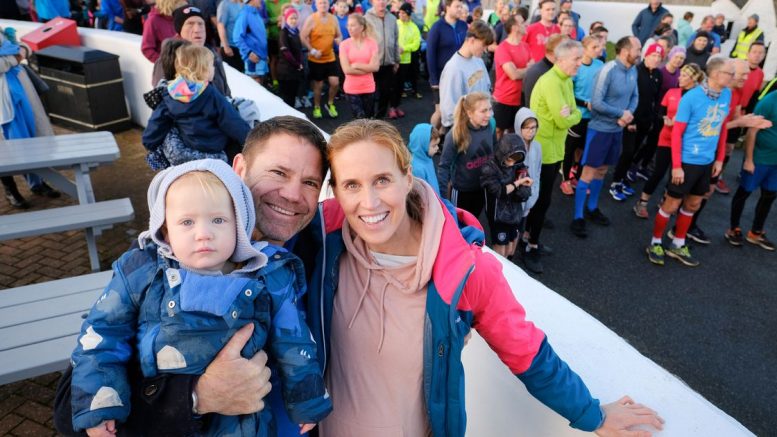 Broadcaster Steve Backshall and his wife, Cornish Olympic rower Helen Glover, have shared family pictures of their visit to the Isles of Scilly – his “favourite place on Earth”.

Wildlife and adventure TV presenter Backshall described the islands as his “happy place”, writing: “Our happy place and favourite escape on earth. Feels like being back with family! The journey over was a dream despite high winds and everyone at Isles of Scilly Travel has been super helpful for us with babes in tow.

Multiple Olympic gold medallist Helen Glover, who is from Penzance, also shared pictures from their adventures. One of the pictures captioned simply “Rockpooling” shows Backshall and their son Logan rock pooling.

She declared it was “good to be home” in a picture shared featuring the couple on the Isles of Scilly.

Their visit to Cornwall comes a few weeks after her father, Jim Glover found himself in a controversy of his own. Jim’s popular Jelbert’s Ice Cream shop in Newlyn found itself in a position where it had to pull its clotted cream topped vanilla ice cream from the menu after a customer complained that it was cross-contamination just a few days after the shop reopened after lockdown.

It led to the shop having to offer the clotted cream and chocolate flake separately rather than putting them into the ice cream.

He said at the time: “It was probably just a tiny thing that a customer noticed, but if we were in the wrong then we are sorry.

“As soon as the customer complained we stopped serving the ice cream with cream. I do understand people having their worries – it’s right to be careful. We don’t want to upset people or cause any harm to anything we are doing.”

It led to an outcry from other ice cream fans, who called on the customer complaining to “stop being snowflakes.”

Pictures show the aftermath of flooding in Cornish town