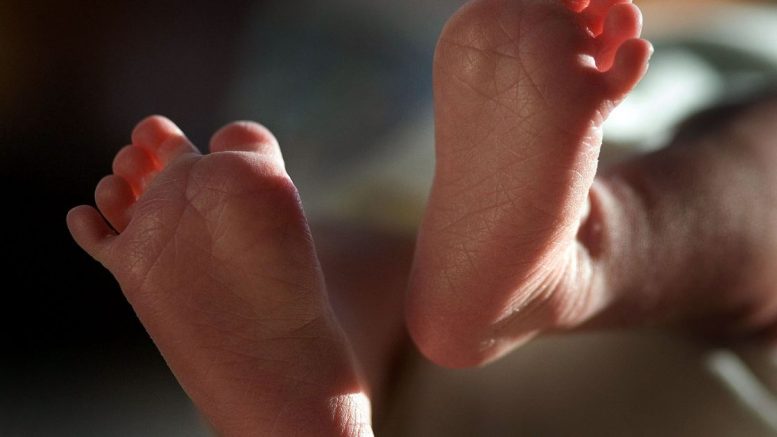 A 52-year-old grandmother has gone on trial accused of manslaughter following the death of a baby in a bath on Boxing Day 2017.

Shirley Grenfell, 53, left her granddaughter Chanelle Grenfell, aged just 11 months, alone in the bath with her sister temporarily, a court has been told.

But tragically, while Grenfell was out of the room Chanelle drowned in a little over 14 centimetres of water.

Grenfell, of Forth Scol in Illogan, is on trial at Truro Crown Court charged with manslaughter and cruelty to a person under 16 by gross negligence.

Prosecuting the case, Jo Martin QC reminded the jury that babies are vulnerable and cannot sit up or stay seated unsupported.

She added that if this happens in the bath it can lead to drowning, as was the case regarding Chanelle’s sad death.

“She put her 11-month-old granddaughter in bath water that went up to Chanelle’s belly and left both the children in the bath for at least two minutes while she went into the bedroom.

“While absent Chanelle drowned. Shirley Grenfell never meant for Chanelle to die but she had a duty of care and failed in that duty.”

Miss Martin went onto describe in more detail how Chanelle is the daughter of Kirsty Mankee from Camborne and although not the biological father, Neil Grenfell, Shirley’s son, cared for Chanelle as his own prior to her death.

On Christmas Day 2017 Kirsty and Neil spent the day at Shirley Grenfell’s house in Illogan and had planned to go home at 6pm to put the children to bed.

However, Chanelle’s sister decided she wanted to stay at her nan’s so the decision was taken to leave the children there as they were due to stay at Shirley Grenfell’s home the following day anyway while Kirsty and Neil visited hospital to see their youngest child who was being treated at the neo-natal unit there.

Miss Martin said: “By 11am on Boxing Day Shirley was left in the house with her eldest son Stephen and her two grandchildren.

“By 11:23am the ambulance service received a 999 call from Shirley who was clearly very distraught. She was with her eldest son who was trying to resuscitate Chanelle. She told the call handler Chanelle was not breathing and that had been in the bedroom and didn’t realise Chanelle was under water.

“When her other granddaughter shouted Shirley Grenfell said she quickly yanked Chanelle out of the water but didn’t know how long she’d been there but it couldn’t have been more than a couple of minutes.”

Chanelle was taken to Royal Cornwall Hospital before being transferred to Bristol where she sadly passed away.

A pathologist recorded a cause of death as drowning and said that once Chanelle slipped from an upright position she would not have been able to right herself.

A police officer who attended the scene and found Shirley Grenfell very distressed, said he measured the depth of water in the bath as a little over the length of his biro which was just more than 14cm.

Grenfell denies the charges against her. The trial continues.

Tourism boss responds to reports of foreign visitors in Cornwall